After much speculation, the home kit was released at midnight in Liverpool. However, prepared to be let down. It is exactly what you have already seen in all the supposed leaks. In fact, that is the bad news. Given the accuracy of the leaks for the home kit, be prepared to be subject to some eye gougingly bad away kits this coming year.

Overall though, this is a sharp home kit. Much sharper, in my opinion, than the kit from this year. Let us know what you think.

-It has some subtle striping down the front which is nice. It looks as though it says "LIVERPOOL FC" between the stripes. At least they didn't delve into the picnic blanket design as Man U did this year.

-There is nice striping around the collar as well as the sleeves in what appears to be a ode to the early 80's designs.

-The collar is gone, thank god. It is a football jersey, not a polo.

-The shorts get the similar striping to the back of them as the sleeves and collar. Same goes for the socks.

-As usual, the keeper kit is completely changed, check it out for yourself below. They went with a white top and black shorts and black socks.

-The two flames and 96 remain, a touch that should remain forever.

-The logo color remains old school yellow as does the liverbird instead of the club crest.

-I assume it is made out of the same peculiar recycled coffee ground material.

Here are pictures of the kits from liverpoolfc.com: 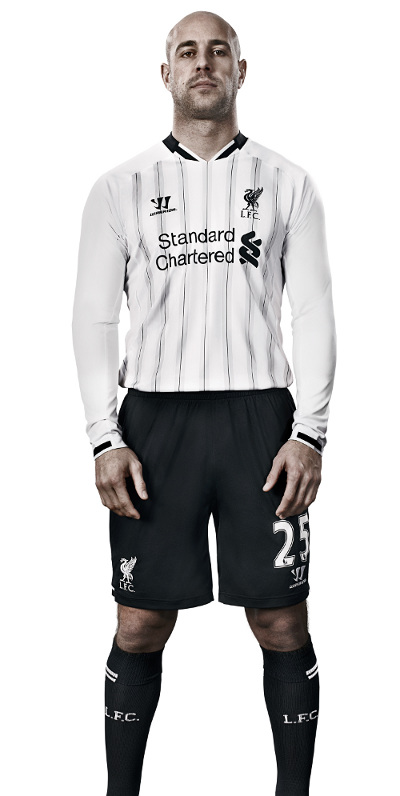 Hopefully next year we'll actually get to see this on the pitch: 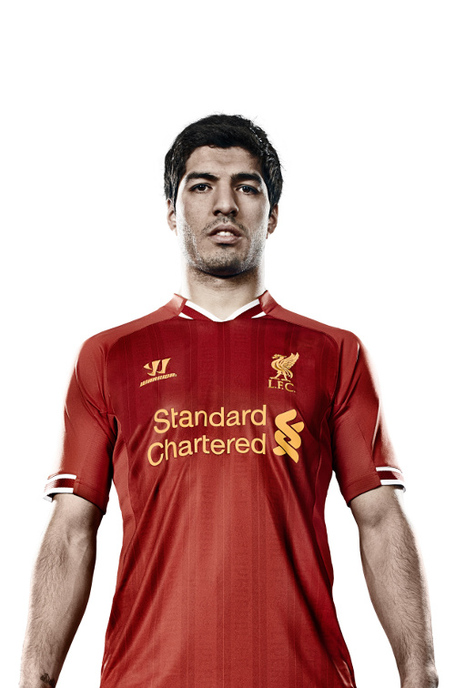