Give Us One Step

Share All sharing options for: Give Us One Step 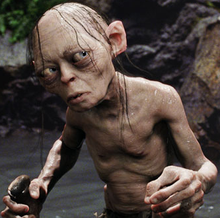 KICKOFF: 8pm BST, 3pm EST
TV: FSC in The States, Setanta 1 in the UK
Gollum, Gomel. It's close enough.
The big theme of tomorrow's game won't be progressing so much as taking a step forward from last week's pretty horrid Leg 1. While of course advancing is paramount, no one's nerves are going to be eased if Liverpool whiskey-dick their way to another 1-0 win. It doesn't have to be 5-0, but more cohesion, more creativity, more assuredness, and more threat at home is something that should be demanded by all Liverpool supporters.

The other themes will be who starts. Though Sebastien Coates and Luis Suarez joined up with the rest of the squad on Monday, you have to feel this game will come a bit quick for them. Suarez may get a look off the bench. Pepe Reina is more likely to return after almost a full week of training, but that doesn't make him a lock. And after Brad Jones's pretty superlative performance in Belarus he may be rewarded with one last appearance before heading back into the meat locker. Of course, all eyes will be on whether Daniel Agger starts or not, and whether he does or not or whatever look he has on his face or what color scarf he wears in the stands will set off another round of furious transfer gossip that will make us dizzy.

Glen Johnson started the last leg and also the closed door match during the weekend, so he's probably a cert. Skrtel and Carragher have started every other match so you can't see why that would stop. And there's no one to replace Jose Enrique, so have your medication ready.

Midfield? Steven Gerrard definitely needed the last 90 and will probably need this one to build on that. The big question is if Lucas is ready for a full start, and no one's quite sure. If not it'll be Spearing. Henderson would seem to be automatic for the last midfield role before he takes a backseat to the freshly release-claused Joe Allen.

Up front, we know Fabio Borini will start, we just don't know where. If Suarez is fit to go he could be on the wing, or Suarez will be and Borini through the middle. Or they'll spend the whole match interchanging which is most likely. If Suarez can't go could be a reprise of Cole and Downing, and doesn't that get your heart pumping?! Outside chance Raheem Sterling gets a start, but I wouldn't put a house on it.

Just reading that possible team sheet reminds you how short of a squad this is currently. There are barely any options on the flanks with Bellamy looking on his way back home. The defense is shaky at best. But it still should lead to victory. While Gomel need to find a goal to start the tie over again, I don't expect them to come firing immediately. Hunch is they'll keep it tight for the first 20 or half an hour before they go looking for cracks. Just like they did at home, they'll pack the middle and make it tough on a Liverpool team that isn't efficient or ready to play Rodgers's system thoroughly yet. If they can hold out that long they may try and open up.

As I said, a win is the minimum requirement but something resembling growth is what we're really after. There'll be a gamthread up this time, I promise.