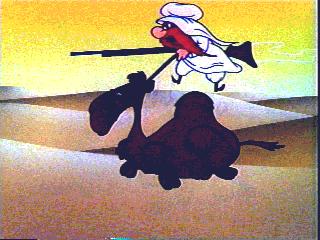 KICKOFF: 11am EST, 4pm BST
TV: FSC in the Colonies, SKY SPORTS in the Old Empire
SKY BLUE SIREN: Bitter And Blue
If last week was supposed to be the appetizer for the season, which it didn't turn out to be, this is unquestionably the main course starting. First league game at home, with the champions and favorites to be so again the visitors. This is a definite wake up call by taser. Maybe that's a good thing. Maybe it's a terrible thing. Somehow, you don't think it'll be anything in between.

For Liverpool, the only questions seem to be will Carragher be asked to get in two matches in four days or will Sebastien Coates be tossed to the most ravenous of wolves in his first league appearance, and first competitive appearance, of the season. The other question is will Jose Enrique finally be fit so he can wave as Samir Nasri passes by, or will Glen Johnson have to shift left and kind of blunt his attacking force? The hunch is it's Coates and Johnson on the left, with Kelly on the right. Carragher at 34 just doesn't seem likely to get the second 90, and Enrique isn't going from the training table to face City directly, you wouldn't think

The rest of the lineup you know. Lucas-Allen-Gerrard behind Borini-Suarez-Downing. Even his man of the match performance should only land a place on the bench, as well as new winger Assaidi. I'd be shocked if there's any variation from the front six, but stranger things have happened. The match comes to quick for loanee Nuri Sahin.

On the other side, with last year's hero Sergio Aguero injured and hiding from his father in-law, they will probably shift to a 4-2-2-2. Zabaleta-Kompany-Lescott-and either Kolarov or Clichy on the left of the defense. It's likely Clichy. Jack Rodwell should partner Yaya Toure in the base of midfield with Nasri and Silva ahead of them. Tevez and Dzeko are the strike partnership, though Balotelli could make it in.

I have no handle on this match. On one side, I'm interested to see what LIverpool under Rodgers do against a team that is not going to set out to stop them from playing through the middle. There should be space, and City have conceded two goals in each of their competitive fixtures this season. While Lescott and Kompany are as good as it gets, and Toure and Rodwell could be a nice entrenchment in front of them, there will be counters and breaks and Liverpool could exploit.

On the other side, there is no more thorough examination of your defense than Nasri, Tevez, Silva, and Toure. Dzeko is a clown but the other four are so good they can present him with chances he can't miss. If Balotelli took his Ritalin, he makes them even more of a threat. With Agger suspended, it's hard to see how Liverpool can hold them out for 90 minutes.

Lucas and Allen getting the better of Toure and Rodwell (or Milner) is the obvious starting point, but it's easy for a punter like me to sit here and say that. Gerrard will have to be more interested and patient than he was against WBA, and he'll also have to get into the box to support Suarez and Borini. Downing will have to be actually a presence, because Sterling, Sahin, and Assaidi might be starting line up to take his place. The high line with Tevez, Silva, and Nasri trying to get in behind is kind of scary, so they can't have a moment off.

Even a draw and we'll probably all feel better. A win will wash away the horrid-ness of last week and the whelming performance of midweek. But a loss and we'll already start to feel that slipping feeling, and a true stuffing and we'll barely be able to breath. Strap it up and hunker down.