Are We The Magic Men?: Hearts v. Liverpool Preview

Share All sharing options for: Are We The Magic Men?: Hearts v. Liverpool Preview 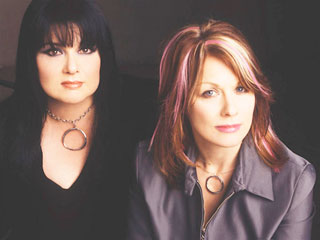 TIME: Thursday, 2:45 EST, 7:45 BST
TV: FSC in the States, Setanta over there
Well, the first thing we know is that Brendan Rodgers will use this competition to blood some youngsters now, because it's no longer part of the preseason. Luis Suarez, Steven Gerrard, Martin Skrtel, and Glen Johnson won't even travel north of the border. Although with Man City waiting on Sunday, you can see why that would be the case. So what does that leave?

Well, from the backline out, we would hope that it means an appearance for a bulked-up Jack Robinson. We only briefly saw him last year after a shaky but still promising glimpse in Kenny's interim season. He's gotten much bigger, which should only help his game. It's certainly preferable to having Agger at left back with Coates and Carragher in the middle or flipping Martin Kelly over and having Carragher at right back, which are both more likely. It's a cert that Agger will start (possibly captain the side if Carragher doesn't play) as he's suspended for Sunday. Coates would also seem to have a pretty good chance, and Kelly even more certain. That'll give Kelly a chance to improve upon his efforts on Saturday, which frankly weren't very good at all. Jose Enrique misses out again.

Midfield is another question, and a more convoluted one. Lucas won't be risked for three matches in eight days, or you'd have to believe that. That means the anchor role shifts to Joe Allen, or maybe Jay Spearing. But we know how that looks with Spearing by himself. The fact that Allen needs to be worked into his new team and get up to speed probably means he goes. Henderson would also be likely to come in and at his preferred attacking role, with Shelvey also having a decent shout. My best guess here is Allen-Shelvey-Henderson, but don't quote me on that.

Up front, I'd love to sit here and say that Carroll will get a start, but I can't. Maybe Borini will be used through the middle as he was away to Gomel, or maybe he'll be rested for Sunday with Carroll flanked by Sterling and....god, I have no idea. Do you? It kind of has to be Downing, doesn't it? I'd prefer Borini-Carroll-Sterling, giving Carroll the chance to stake himself to future appearances, but I'm not going to hold my breath.

Hearts are three games into their league season, having won their opener against St. Johnstone but drawing with city rivals Hibs and Inverness. They've scored in all three matches. John Sutton is the only one to dent twine more than twice, and both from the spot. Andrew Driver and David Templeton provide the dangers from the wings. But club captain and central defender Zaliukus might miss out through injury, and their defense falls apart without him, as coughing up a two-goal lead to a ten-man Inverness shows.

It's still a Scottish team, and Liverpool should be able to get out with the draw that they'll require before tying things up at home. But with the second string side out, anything could happen.