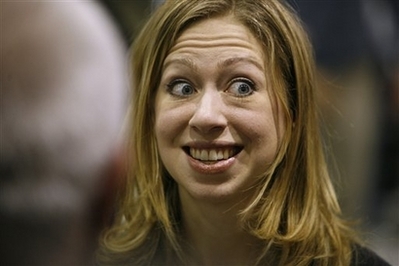 KICKOFF: 3pm EST, 8pm BST
TV: FSC in US, Sky in Isles
Other Dudes: We Ain't Got No History
So after gearing up to finally tell the pretty girl you really like how you feel, and finding out that she's actually engaged to a total dickbag, you somehow agreed to go out to brunch with them the next day. That's what this kind of feels like, as Liverpool have to entertain Chelsea mere days after watching them take away the one trinket that might, just might, have made this season feel better. Looks like it's back to Fruit Loops for dinner for us.
And it's one last clash at Anfield. Usually, that would be a time of sadness, but I think we all could use a break from home matches for a while. It's been Liverpool's most rotten season on Merseyside in ages, with record lows in wins and goals for. The dead atmosphere against Fulham told you all you needed to know about what the patrons think, and they were right to do so.
However, one has to have the feeling that the players, or at least hopefully some of them, want to close out the home schedule with a flourish. God knows they've wasted the paying customers' time so many times they want to make up for it in some small way.
Changes? Hard to say. If Kenny wants to finally get a home win, we might not see that many. If it's about rotation and getting others a game, he might. Wouldn't be shocked to see Kelly and Aurelio take up the fullback slots, but I bet the central pair stays the same. Midfield? Kuyt probably gets one last chance in front of the Liverpool support before he fucks off to Germany. Same could go for Maxi, as there's no way Bellamy can make two games in four days and Downing very well may have played himself out of the club. He's at least played himself out of the team. Spearing is probably also going to get benched, so look for Shelvey-Henderson-Gerrard behind Kuyt-Carroll-Suarez. Maybe Maxi instead of either of the flanking strikers. Carroll will assuredly start after his near one man rescue act on Saturday.
If there's anything to be achieved, it's the final nail in Chelsea's league campaign to clinch a Champions League spot. They need maximum points in their last two games as well as Spurs and Newcastle to both lose. But that's not out of the realm of possibility. Anything less than all the points for Chelsea and every egg they have will be in the basket that needs to beat Munich in Munich in the Final. With the half of the squad that isn't suspended. Good luck with that.
In recent league fixtures, Torres and Sturridge have come in for Drogba and Ramires, and I expect that will be the same. Because of Torres likely starting, i will go ahead and say the atmosphere won't be as dead as last time against Fulham. Another former Red, Raul Meireles will probably partner with Essien behind the front four. Chelsea are still out of centerbacks, so Terry and Ivanovic are favorites to line up again. But the fullbacks might change, with Ferriera and Bertrand coming in.
I know we'd all rather not deal with it. But this is the second to last meaningful Liverpool match we'll have to discuss until August. So we might as well enjoy it, if at all possible.