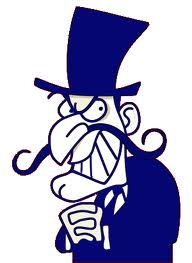 KICKOFF: 10am EST, 3pm BST
TV: FSC +
VILLA V-NECK: 7500 To Holte
At this point, we'll have to grab at the straw that with the FA Cup semifinal looming in a week, Liverpool know they can't just hope to snap into life on the big occasion and will need some sort of bounce in this match to provide anything resembling confidence and swagger. I know, that's as thin as a straw gets, but I don't know where else to turn. Heading into Wembley against a blue shite salivating for this that's already won three in a row (possibly four if they turn over Norwich tomorrow) without any sort of good feeling is asking for a season-killing afternoon, ain't it?
Well, we know one change. We get to find out if this Doni character actually is a real human being or something the club made up. I vaguely remember him at Roma, and I don't remember anything that made my eyelids flap. But then again, sometimes you ask a goalkeeper merely to not lose it for you, and that's really the low standard Reina's been hitting all season. Does anybody remember a match that could be credited to Pepe's heroics? If there are any, there are assuredly points that have been dropped thanks to a Reina gaffe. As long as Doni avoids the latter, I don't really care if he reaches the former.
Because he will be making his debut, Dalglish will probably call on the experience of Carragher in front of him, even though that's more likely to end with Doni having to make a big save or two. Kelly and Johnson are still out, so Flanagan will get to look good and terrible all within the same match at right back, because that's what he does. If Skrtel can break away from the oxygen tank long enough, he starts too. Though I wouldn't be shocked if some get a rest for the more important matter waiting at Wembley. Enrique has to start because....well, there's no one else.
Seeing how it's gone recently, I expect the 4-3-3 to be scrapped for the 4-2-2-2 that Liverpool really don't have the personnel for. Spearing and Gerrard in the middle, unless Gerrard is rested for Shelvey -- which I really wouldn't be that opposed to because Shelvey was the one player who could locate a flying fuck last week. Though sadly it was in every direction. Downing and Kuyt in the two wide spots, because whenever someone bellyaches about Kuyt's playing time and possible departure, either himself or his agent, he tends to find himself in the starting 11. With Carroll's less than graceful exit from St. James, I'm kind of expecting to see Bellamy and Suarez up top together, though it could be Suarez and Kuyt with Maxi coming in. What i do know is that I don't think it matters, and I'm not pretty sure I don't care. All these possibilities are starting to look the same anyway.
For Villa, Liverpool have found the one team in worse form than they are. They have one win in the last nine matches, are beginning to whisper sweet nothings to the relegation zone, and have more than half a team in the trainer's room. Richard Dunne, Fabian Delph, Ciaran Clark, and Charles N'zogbia are all going to miss out. Add to this the absolute gut-punch of the news that club captain Stillian Petrov has leukemia, and no one's going to be shocked if Villa's head just isn't in it. Gabriel Agbonlahor, who may have been the player Liverpool should have poached from Villa instead of Downing but that's another discussion for another time, will wear the armband.
The last time these two played it was a ho-hum victory for Liverpool, and I never thought I'd be so desperate for another one. The Reds scored off two set plays early and then looked at their watch and tapped their feet for the rest of the match. That will do fine here. But as awful as Alex McLeish sides can get and as boring as they can be, Villa threw a scare into Chelsea last week and were barely beaten by City not that long ago. While Liverpool may be relieved to see a team as much of a mess as they are, so are Villa. Oh won't this be a time?