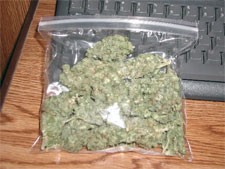 KICKOFF: 11am EST, 4pm BST
TV: FSC for Yanks, Sky For Brits
Any actors or theater type people out there will know about tech week. It's when whatever show you're working on gets rehearsed in full, the lights and sounds are added in, all the technical cues are ironed out before the dress rehearsals at the end of the week. That's what Liverpool are in. Three matches before the only one that matters on Cinco De Mayo. The first of these comes against West Brom, and the return to Anfield of one Roy Hodgson.
I'm sure much will be made of the reaction he gets, but I bet it's a non-story. He certainly won't be booed, may even get lukewarm applause just because he was a former manager, and maybe because at the time no one else would take the job. And I wouldn't want to work for Gillett and Hicks either. But most likely, he'll head out to the dugout with no reaction at all. But whatever, no biggie.
With a full week off from the semifinal win and a full week until a trip to Norwich, there's no reason not to pick the full strength team. What that constitutes exactly is open to anyone's interpretation. Pepe Reina will be back, so there's that. We know the backline should be set with the usual Johnson-Agger-Skrtel-Enrique. Unless for some reason Dalglish thinks he can keep getting away with playing Jamie Carragher. How many times one has to make that mistake before learning it's hitting yourself in the nose with a bat, I leave to you.
Up front, usually Carroll and Suarez start together in a front two instead of part of a front three. They should both start. Midfield? That's where the questions come. You can be pretty sure Gerrard and Spearing will be in the middle. I would like to see Maxi get the start on the left, as he can also shift the formation to a 4-3-3 if things aren't working by sliding up top. He's also in the best form of any of the contenders. That leaves Downing on his off-wing, Bellamy and his creaking knees, Kuyt to do not much, or Henderson out of position. I'm done guessing what it's going to be.
West Brom come into the match thoroughly entrenched in the abyss, which for them is actually a pretty good accomplishment. Nowhere near relegation worries, and not in touching distance of European places. So it's just about how high they care to finish up the table, though a win would bring them within a point of Liverpool, and i'm sure that went noticed by Hodgson (who doesn't hold Liverpool fans in the highest regard).
You know what you get with Ol' Woy. A rigid 4-4-2 with the slim possibility it'll morph into a 4-1-4-1. Peter Odemwingie carries the main threat along with Shane Long. Either they will partner each other up top or one will be shifted to a wing to better assist the counter attacking plans WBA will most certainly have. Most likely Hodgson will bunker in with five in midfield and hope to profit from whatever scraps there are for them.
Two solid banks of four have been the issue for Liverpool this year. When teams come at them and they have some space, they do better. When teams are merely trying to grind out a scoreless draw, Liverpool have a tough time breaking them down. That's where a player like Maxi comes in. As if he's on form, he's a little more tricky and comes up with better runs than the blunt force of a Downing cross or Kuyt's tireless running.
While the result doesn't really matter, you don't want to head into the final in a slump. Time to add to the momentum of Saturday.