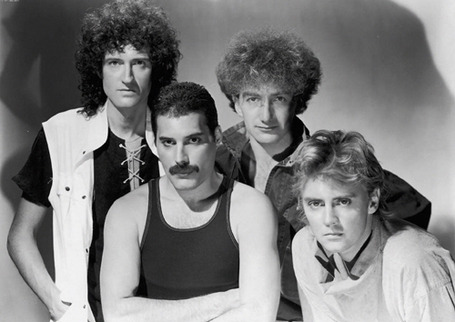 KICKOFF: 4pm EST, 8pm BST
TV: FSC +
Once again, Liverpool will try to come off a big Cup win and back it up by showing some form in the league. Hasn't happened yet really, and now would be a good time. In fact, Liverpool won't get an easier chance to really find a foothold in the league as they do the Relegation Tour. QPR, Wigan, Villa, and Blackburn are all upcoming (with the small matter of a trip to St. James in the middle). You can't ask for a more hanging curveball, but Liverpool's problem has been popping those up all season.
Kenny Dalglish is probably going to have to ring some changes with the third match in eight days and fourth in 11. It probably will involve the one none of us want to see, Charlie Adam coming in for either Spearing or Gerrard, more likely Gerrard. Jordan Henderson will replace either Downing or Maxi, the latter being more likely. Dirk Kuyt may also give Suarez a breather, though considering the form he was in against Everton and Stoke that might not happen.
Bellamy and Johnson are out, and Martin Kelly will be a late decision. Sebastien Coates could come in for Carragher or Skrtel, who's going to need a breather at some point, and Enrique probably has to keep going because Fabio Aurelio is having body parts carried off by birds or something. So a guess at a lineup or formation is probably a fool's errand, it really could look like anything.
QPR sit at the trap door, only above it thanks to goal-difference. Color me shocked that long time boob Mark Hughes hasn't been able to turn things around. They haven't won since January 21st, and come in having lost at Bolton 10 days ago. So they'll be rested if nothing else. Liverpool won't be.
You could argue that there should be goals in the QPR side. In theory, a strike force of Bobby Zamora and Djibril Cisse (or as we call him, "Gerbil") could provide problems. But the problem with both is rarely translating what looks great on paper to the pitch. Joey Barton and Wright-Phillips in midfield used to provide goals from there, not so much now. But they shouldn't be slept on either, especially as you never know when Barton's going to do something galactically stupid.
QPR haven't kept a clean sheet in the league since shutting out a nine-man Chelsea in October, and they made hard work of that. Whatever lineup Liverpool throw out there, you'd like to think they can keep that trend going. Because the words "Hughes" and "imagination" have never collided since he became a manager, they play a pretty strict 4-4-2, especially at home. If Kenny opts for a 4-3-3, say Spearing-Adam-Henderson in midfield, they really should run the show. But as with anything with Charlie Adam, who knows?
While we've ruled it out, the upcoming schedule has 12 very get-able points with that game at Newcastle being a complete toss-up. 15 out of 15, and well, we'll just see where Liverpool sit at that point before getting fooled again. But that starts with a win tomorrow.