Got Me A Bop Gun: Liverpool v Arsenal Preview

Share All sharing options for: Got Me A Bop Gun: Liverpool v Arsenal Preview 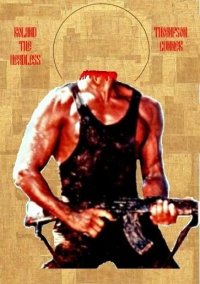 Yeah, a Zevon reference. I got mad tools in my toolbox.

In some ways, I wish the fixtures of the past two weeks had been reversed. Heading into last weekend, the Gunners were a mess, Agger wasn’t definitely out and Gerrard wasn’t a doubt. But alas, that’s not how things work.

Before that valiant comeback against Spurs, the Gunners had been stinkfisted by Milan at the San Siro. 4-0 could have easily been eight, as Ibrahimovic and Robinho pretty much did whatever they wanted. That was followed by a meek exit from the FA Cup at The Stadium of Light, were Arsenal acted first that Brighton saw and raised with two own goals to guarantee the North Londoners (Red and white version) would go trophy-less this year.

But then Spurs happened. Down 2-0, Arsenal were immense and terrifying in storming 5 back. For fuck’s sake, even Theo Walcott scored. It was even a good finish, although that’s about all he does really well. Sometimes.

But there are lessons to be learned from that, as future England cock-up Harry Redknapp didn’t exactly make anyone salivate for the time he steers England into Polkraine for what is looking more and more like a group stage exit. Tottenham stuck with a 4-4-2 that left them far too open for the creative abilities of Arteta, Rosicky, and Van Persie. As good as Modric is, when he’s outnumbered by that amount of talent, Scott Parker can only do so much. I doubt Kenny will make the same mistake.

Because of that, we’ll see a midfield three of either Spearing-Gerrard-Henderson or if Gerrard can’t make the post it’ll be Spearing-Adam-Henderson. While Adam in a big match like this where discipline is of the utmost importance is a scary prospect, he has done it before. At Stamford Bridge comes readily to mind. Spearing is the only thing resembling a defensive midfielder, and Arsenal will probably try to do what United did to him, with one striker – probably Gervinho --, and either Rosicky or Benayoun dropping into the middle from wide to give him at least two people to deal with at all times.

However, Arsenal have injury concerns of their own. Both Van Persie and Vermaelen picked up small knocks in the midweek internationals and aren’t locks to start. If Van Persie can walk, he’ll be in the lineup. Even with Varmaelen, the Arsenal defense isn’t known to be water-tight, and if Suarez and Carroll are in the mood they should find some happiness.

But keeping Arsenal out are another matter. They have twice the league goals that Liverpool do, and Van Persie has almost outscored Liverpool himself. It’ll be extra hard with Agger out, as Carragher is likely to come in for him with Skrtel flipping over to the left side of central defense. Skrtel in the past looked completely confident and menacing with Agger, and completely shattered and ropey when with Carragher. Hopefully the long stretch of play with Agger, which has been dominant, can’t be shaken with the replacement of his now-usual partner.

The only other lineup question is whether Downing will top off the top three with Suarez and Carroll, or Bellamy or Kuyt. Both Bellamy and Kuyt had extensive outings for their country on Wednesday. With Downing actually beginning to show a pulse and inflating lungs with the club, I would guess he’s going to get another run.

Even at Anfield, Arsenal are going to have the ball. A lot. They’re too good at passing and keeping it to think they won’t. Which means Liverpool will have to be lethal on the counter. With only Alex Song, who’s capable of going walkabout at any time, being the holding midfielder, this is why a 4-3-3/4-2-3-1 makes even more sense. Even thought nominally wide, both Carroll and Suarez love to drop into that space. Combine that with a central Henderson, and Song could find himself in the same position that I fear Spearing will find himself.

However they go about it, Liverpool have to win tomorrow. Currently seven back of the Gunners with a game in hand, a win sees Liverpool only a slip up from Arsenal elsewhere combined with winning that game in hand (which is the Merseyside Derby, no sure thing) from leaping them. A loss and it’s 10 points back and you can forget it. A draw even really isn’t good enough either.

Liverpool have generally saved their best for the best, no one should expect any different tomorrow. Of the sides above and around them, Arsenal have only beaten Chelsea away from the Emirates. While some may feel they have turned the corner last week, Arsenal are just as capable of going in reverse and turning the corner the other way. They followed up that win at The Bridge with a disappointing home draw to Marseille. Let’s hope it’s one of those again.