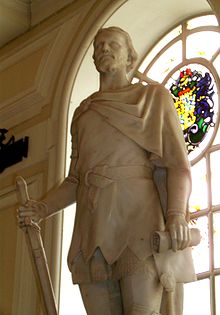 KICKOFF: 11am EST
TV: FSC
All those trophies from past years are getting kind of bored with each other. Let's give them a new one to play with, eh?
While everyone at Liverpool, from the manager to the captain to the players, believe that winning tomorrow's Final will be the final bounce they need to close the leagues season on a high (better be, not much else has worked) as well as add another Wembley appearance in the FA Cup, you won't hear much mention of what could happen if things go the other way. You've read it elsewhere, but Liverpool need look no farther than Arsenal last year. While the Reds would have to go well out of their way to lose the Final in equally hilarious fashion as the Gunners did, any type of loss could have the same effect.
Arsenal were title-challengers at this point last season. Then a some defending that Voltaire wouldn't have been able to conceive of let Obi Martins with a chance that not even Stephen Hawking would miss, and Arsenal's season went to shambles from there on out. It's debatable whether they've still recovered. Such is the problem of being such overwhelming favorites. Yes, there's a trophy to win, but you're the only one with anything to lose.
For me, the only lineup question is whether Spearing or Adam will join Gerrard and Henderson in a three-man midfield. Caution says Spearing, having to assert yourself as the favorite says Adam. I really don't know which it'll be, but I shade toward Adam in the simple fact he's older and tossing the still-neophyte Spearing into such an occasion could overwhelm him.
The first-choice defense is well know by now, and an attacking troika of Bellamy-Carroll-Suarez seems simplistic as well. While that sort of formation could put both Bellers and El Pistolero a little farther from goal than we'd like, Suarez can drop into the hole like he likes to and pull out wide as well. It also provides two bodies at minimum to get ahead of Carroll when he drops, and that's the main idea. With Carroll's burgeoning confidence and game, a goal in his first major final could see a monster unleashed for the rest of the season. That's what we all want to see.
Cardiff are firmly entrenched in the playoff race in the Championship. But in the opposite form of the last Championship side Liverpool just saw, as they've only won one of their last seven matches -- whereas Brighton hadn't lost in the calendar year. They've only beat one "Premiership" side to get here, and I use the quotes because would you call Blackburn that?
They have possibly the player of the season in that division in their side in Peter Wittingham, who pulls all the strings in midfield. Between goals and assists he's had a hand in 20 goals this year. Kenny Miller is your prototypical 4-A striker. He's a mastodon in the lower division or in Scotland, just not quite good enough for the Premier League. Craig Conway and Dan Cowie can provide headaches for both Glen Johnson and Jose Enrique out wide. Aron Gunarsson is a rock in midfield.
But most of all, they come in pressure free as you can be in a Final. This isn't really about them, and they certainly have nothing to lose. We've seen that work both ways, such as Birmingham's valiant near-theft of the same trophy against Liverpool in 2001, or Millwall's complete capitulation to Man United in the FA Cup Final a few years ago. My money would be on Cardiff coming out with spurs jangling and playing as if they don't have a care in the world. That can be very dangerous.
But it shouldn't be enough. While Liverpool have been infuriating at times this season, they've generally got the big matches right. Do so again, and Stevie gets to lift another trophy.
There'll be a gamethread up here a half hour before kick, and I'll be manning the Tweets during the match.