Share All sharing options for: And Now This: Wolves v. Liverpool Preview 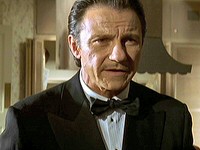 KICKOFF: 2:45 EST
TV: FSC +
Now the gauntlet. It's one thing to rouse a team for a cup tie at home against the league's best and then your fiercest rival. While those victories are satisfying and promising something to come, it's these fill out the time sheet league fixtures that have and will define the season. so far, Liverpool in general have cocked them up something fierce. That needs to change now, even on the back of probably the two most satisfying results of the season .The chase for fourth is still alive, despite Liverpool's best efforts, though it is in the ICU and in need of a transplant. Right. Now.
The problem with this fixture is that changes are going to have to be made. There are too many players who have played too much recently and are going to need a break. In the backline, Enrique has dropped off form and Agger's frame made of hopes and dreams probably need a break. Especially with Spurs awaiting on Monday. My guess is that Kelly maintains his place with Glen Johnson flipping to the left side, if not the myth of Fabio Aurelio actually making an appearance and we have to believe that Homer is alive and well again. I also think Coates makes a start, possibly with Skrtel -- who's been immaculate lately -- or it could be with Carragher. I have no idea.
In midfield, Gerrard had to be subbed off Saturday and has probably been ridden slightly too hard for what he's capable of after coming off two long term injuries. He won't start. I think Shelvey probably comes in for him, and Spearing looks likely to replace Henderson, who if nothing else has been a soldier for the team. Adam didn't start on Saturday, so he probably will tomorrow. Dirk Kuyt will get a look either on the right or up front. If Bellamy's knees don't emit a sound that only dogs can hear, he probably goes on the other side.

Up front, I think Andy Carroll gets a chance to build on a somewhat encouraging outing, or at least encouraging spurts. We'll take what we can get.
Luckily, Wolves are dealing with some of the same questions in midfield. Frimpong and O'Hara are out, and Karl Henry is suspended. This means that Stephen Hunt, a.k.a Utter Twat, might have to be shoved into the center of midfield. At home, Wolves will probably go to a 4-4-2 with Fletcher and Kevin Doyle up top.
But the lineup doesn't matter. Wolves haven't won in 10 games. They're in the bottom three. It's simply a match you win because you are better than the other team. While this screams of a match that Liverpool will fuck up, they simply can't. Why would you build the momentum of the past week only to stub your toes at this obstacle? Especially with Spurs, United away, Chelsea, and Carling Cup Final waiting, this is simply a must. Wolves have two clean sheets since August. There is simply no excuse for less than three points here. There's too much going for Liverpool now to biff this.
Gamethread launched before gametime, and I'll be on the Twitter.