Share All sharing options for: It's Now: Liverpool v. Newcastle Preview And Gamethread 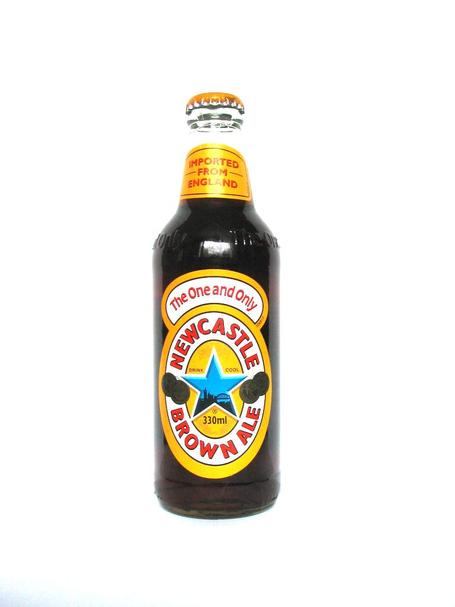 Of course I was going to use that, Newcy Brewn (as the locals say, I think. It's hard to understand them) used to be one of my favorite beers. My palette has changed since then, but it'll still do in a pinch. Anyway, who's up for a 4-3 thriller, yeah?

Liverpool have a chance to at least end a year of almosts on a high. I'll be happy to see 2011 go. It's been full of couldn't-quite-get-there, much like late night drunken sex (or is that just me?). The end of last season promised much and ended with little, and the first half of this season hasn't been where it feels like it should be -- though I doubt a lot of us would have been furious if we were told that the year would end with Liverpool just three points out of 4th with half a season to play. It's how they got there that's frustrating, and where they could be.

For the Reds, with Suarez definitely out Andy Carroll is going to get a start against the club he used to love, which makes for a story writers wet dream. The last time Carroll started without Suarez was in the Carling Cup Quarterfinal against Chelsea, and he had Bellamy as a partner. I would guess at home that'll probably be the idea again, though I suppose Kuyt could fill the same role with Bellamy wide. Downing had a good match -- except for that whole finishing thing -- against Blackburn and should return. Also, his crossing ability can be maximized by Carroll. If Bellamy goes up top with him, Maxi would be opposite Downing, though he didn't do much other than score against Blackburn. A silly complaint I know but it makes sense if you think about it. Kuyt could also go there if not partnered up top, or Henderson could slide out to the right to fit in Jay Spearing to balance out central midfield. You'd have to think the match comes a bit quick for Steven Gerrard to grab a start, most likely getting a half hour off the bench, or maybe a full half if needed.

Spearing could also partner Henderson or Adam with one of those two dropping to the bench after a performance against Blackburn that resembled Waiting For Godot. We know the backline will stay the same, given their miserly tendencies to opposing attacks.

As for Newcastle, the surprise of the season has given way in recent weeks, after their central defensive pairing -- the base of all that unexpected success -- went twang. Steven Taylor's out for the season with his Achilles peeling up toward his knee, but Frabricio Coloccini will return.

One of the other reasons for Newcastle's rise is the main headache for the Reds, because they're strong where Liverpool are weak. Their central midfield partnership of Tiote and Cabaye have been kicking in skulls all year, which probably makes the inclusion Spearing a must. The drunken wanderings of Adam and Henderson would leave far too much space for these two. Away from St. James, Hatem Ben Arfa probably goes between those two and Demba Ba at the top. Ba's the other problem, as he's been pouring in the goals, but with Liverpool's defense in this form, he's less of a worry if they can keep Tiote and Cabaye from running things. But that's a big if.

Jonas on the wing is classier than he gets credit for, the dude starts for Argentina at times. Gabriel Obertan on the other side is pretty much a clown.

It's not some tactical masterclass needed here. Liverpool need to find the space between the posts a couple times for once. This is Carroll's big moment, he should get some service from at least Downing. Just score. It doesn't have to be pretty or a highlight, just score.

Sometimes the game is that simple.