Share All sharing options for: Send In The Swans: Liverpool v. Swansea Preview 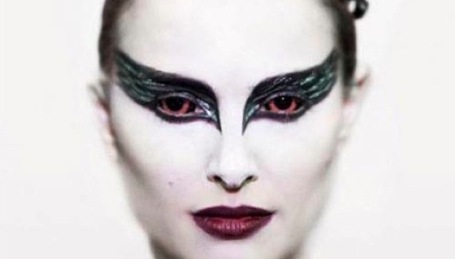 One last game before yet another international break, and then after that we'll really see the season sink into the stuff that matters. These were the stretch of games I demanded nine points from, but Norwich wouldn't oblige. Still seven of nine would hardly be categorized as disaster, so a win tomorrow at home against a promoted side is an absolute must.

Most likely, Kenny Dalglish is not going to tinker with a side that so assuredly picked up three points away from home. Jamie Carragher is going to get a late fitness test, but why push him when there's no need? Expect Reina-Johnson, Agger, Skrtel, Enrique -Lucas, Adam-Downing, Henderson-Suarez, Carroll. Though Suarez looks to be tiring and has to fuck off back to Uruguay for a qualifier on Friday, at least he'll get a full week off after that one for the Chelsea-City gauntlet that awaits after the break.

I expect Liverpool to be more attacking than they were at The Hawthorns. Though they held the ball well, they weren't as threatening at times as they could have been, rather opting for just taking the chances they created, which was new. At home, expect them to come out with sword unsheathed (figuratively. Literally would mean a lot of arrests). This of course leads to the worry prospect that Liverpool will score, but fail to find the second again, and then be distracted while two points are pilfered through a sucker punch goal. Movie we've seen too many times.

As for Swansea, why should I try and top the excellent preview of Never Leave College's Fanpost from yesterday? Here you go:

Swansea won promotion to the Premier League via the playoff route last season.  This is a club that avoided relegation from League 2 with a last day win in 2003.  No one would have ever thought they'd be in the Prem 8 years later.  They don't have the financial resources that most clubs in the Championship have, so they were never going to go out and buy a bunch of new players.  Because of that, they have a few guys who have played in all three divisions of the Football League and now the Prem.  Gary Monk and Leon Britton are two such players.  Michel Vorm and Danny Graham are two of the new players who have cemented a spot in the starting 11.  Vorm is Holland's backup keeper and Graham was the top scorer in the Championship last season when he was at Watford.  Vorm has been sensational other than one terrible mistake at Arsenal.  Graham started off life in the Prem poorly, missing several sitters in the first few games.  He has finally settled down and has scored a goal in the last four league matches.

Swansea are a team that love to play possession football.  When they're at their best, they can knock the ball around most teams.  While they do play an attractive brand of football, Swansea haven't been great in the final third.  Many pundits have pegged the Swans to be relegated because of how they've had the lion's share of possession, but done nothing with it.  The Swans are also prone to moments where they play like they're back in the Championship and this has cost them points so far in the campaign.  They have been very good at home (3 wins and 2 draws with no defeats), but have been horrible away from The Liberty (1 point from 5 matches).  That 1 point came at Molineux where Swansea was up 2-nil in the 82nd minute and barely hung on for a draw against Wolves.

They will probably line up in their usual 4-5-1 with Danny Graham as the lone striker.  This will play more like a 4-3-3 at large spells throughout their matches because of the wing play of Scott Sinclair and Nathan Dyer.  Dyer was last season's Swansea fans choice for player of the year and Scott Sinclair scored 24 goals for the Swans in all competitions last season.  Both wingers have very good pace.  Sinclair is especially good on the ball and can create havoc with his creativity.  Joe Allen is another player to watch.  A young Welsh international that has drawn a ton of praise from the manager, Brendon Rogers, Allen has scored in the last two matches and seems to be adjusting to life in the Prem very well.

At the end of the day, Liverpool should win this match and probably by several goals.  I fully expect Luis Suarez to terrorize Ashley Williams and Gary Monk in the central defense.  He's done it all year against much better defenders, so these two will be in for a long day at Anfield.  It will be interesting to see if Liverpool go out in a 4-2-2-2 and how it will match up with Swansea's 4-5-1.

I'll have a game thread up at kickoff, though I won't get to it until the delayed telecast.